It may be surprising, but the financial benefits associated with the smaller approved project are actually greater in the initial stages than the larger project that was withdrawn.  Following is a breakdown of the numbers.

Before beginning a discussion of the Wohali project finances it’s important to understand the source of the underlying numbers.  The financial projections used in this post were prepared by the Wohali staff and can be found on the city website.  These are the estimates that have been used by our city leaders during the decision making process.  To our knowledge no independent financial analysis has been done and the expense side of the equation has not been studied.  However, there is some very useful information in the Wohali prepared reports and they will be the basis for exploring the potential financial benefits.

Side by Side Comparison

This comparison chart was prepared by CFRG by combining the two benefit statements prepared by Wohali for each of their applications. (The original projections can be found later in this post.)   Application #2 (Approved) is essentially the same as Phase I of the original Application #1(Withdrawn). This makes comparison of both projects through the initial stage fairly straightforward.

Before reviewing this chart a couple of explanations are needed.

Application #1 was approved for 130 nightly rental units.  These units would have generated sales and room tax but these amounts were not calculated in the  Wohali prepared statement.  For comparative purposes CFRG has estimated these amounts using the same assumptions that were used by Wohali in the Application #2 projections: 50% occupancy @ $400/night average.

The Wohali projections include an estimated benefit to the NS School District for the Utah Basic School Levy.  Based on our understanding of how this tax works, none of this amount projected will increase the revenue available to the NS School District.  Therefore this amount was removed from the comparison chart for both projects. (More information on why this tax was eliminated as a benefit can be found at the end of the post.) 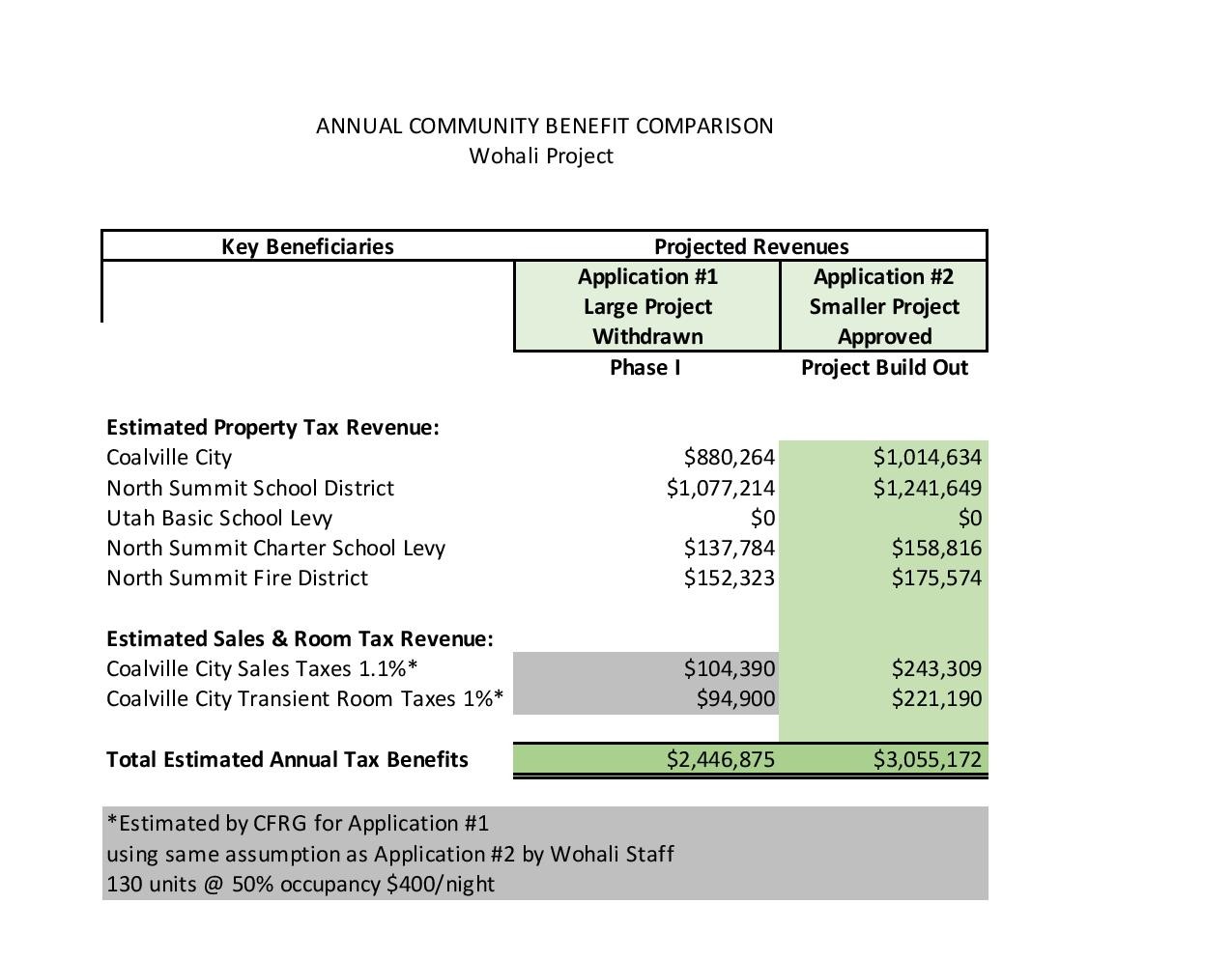 As can be seen from this comparison, the revenue generated by the approved project currently under construction is estimated to be approximately $600,000 per year more than if the larger project had been built through Phase I.  In the short-term, the approved project out performs the larger project.  This is primarily due to the increased number of nightly rentals permitted on the second application – 303 vs. 130.

But Have We Missed Out?

What if construction had continued beyond Phase 1 and all 570 homes permitted in the first application had been constructed? The Wohali staff estimated that in 25-30 years there could have been $10 million in annual benefits to the community.  (If the Basic School Levy is eliminated as explained below it becomes $8.36 million annually.) That’s potentially $5.31 million per year more! ($8.36M – $3.05M)  The calculations can be found here App #1 Benefits buildout

Projecting 25-30 years into the future is tenuous at best.  A lot can happen in that amount of time. If things didn’t go as planned the additional units approved in Application #1 may never have been built. Its a bit simple-minded to focus on benefits that may never materialize decades in the future.  This is especially true since the additional costs associated with more development have not been factored in.

Yet we haven’t lost out on the potential to expand the project and increase financial benefits if things go well.  Rest assured that if the project is a financial success the developer will be back with a request for additional development at some point in the future.  In the mean time we can enjoy the advantages of more revenue in the early years. 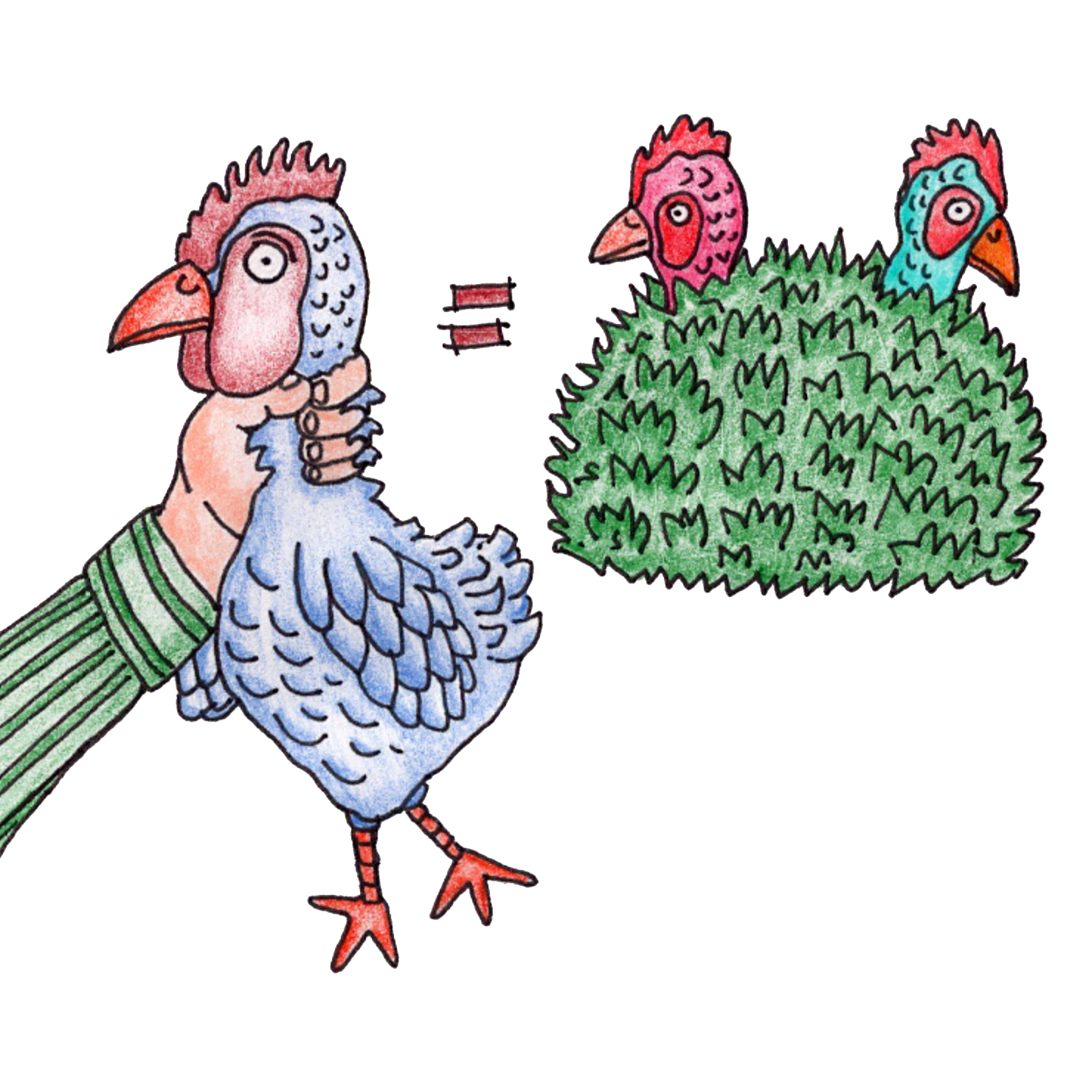 The following chart was prepared by Wohali representatives to demonstrate potential benefits on Application #1 through Phase 1.

Here is the chart prepared by Wohali on Application #2 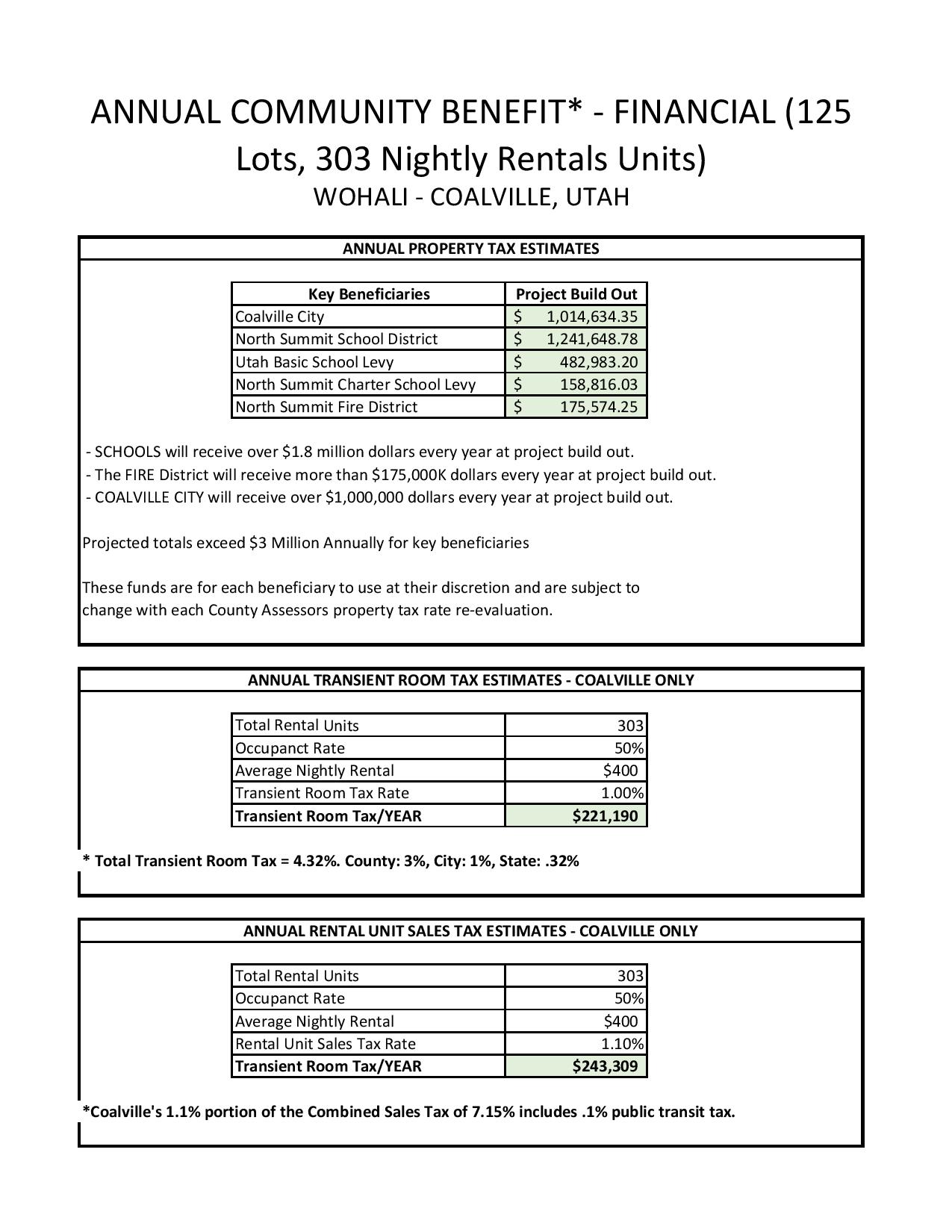 Back to the Basic School Levy Issue….

Its a Balancing Act

As explained earlier, the projected amount for the Basic School Levy included in the Wohali prepared reports was eliminated from the side by side comparison.  The Basic School Levy collected at the local level and the Uniform School Fund administered by the state work together to ensure an equal amount is allocated to every student in Utah under the Minimum School Program.  This is done to equalize the spending between wealthy areas and less affluent districts. The allocation is based per student (Weighted Pupil Unit – WPU) and is currently about $3,600 per pupil.  A district must enact a basic levy to cover as much of the $3,600 per student allocation as possible.  The Uniform School Fund makes up the difference.  The more a district collects from the basic levy the less the Uniform School Fund provides toward the WPU.    A school district will never be allowed more or less than the $3,600 per student under the Minimum School Program.  The amount the NS District will have to spend from the Basic School Levy is “uniform” or the same under all situations.  Including the Basic School Levy as an added benefit to the community is inaccurate and was eliminated from the comparison, however, other taxes levied by the school district were included. 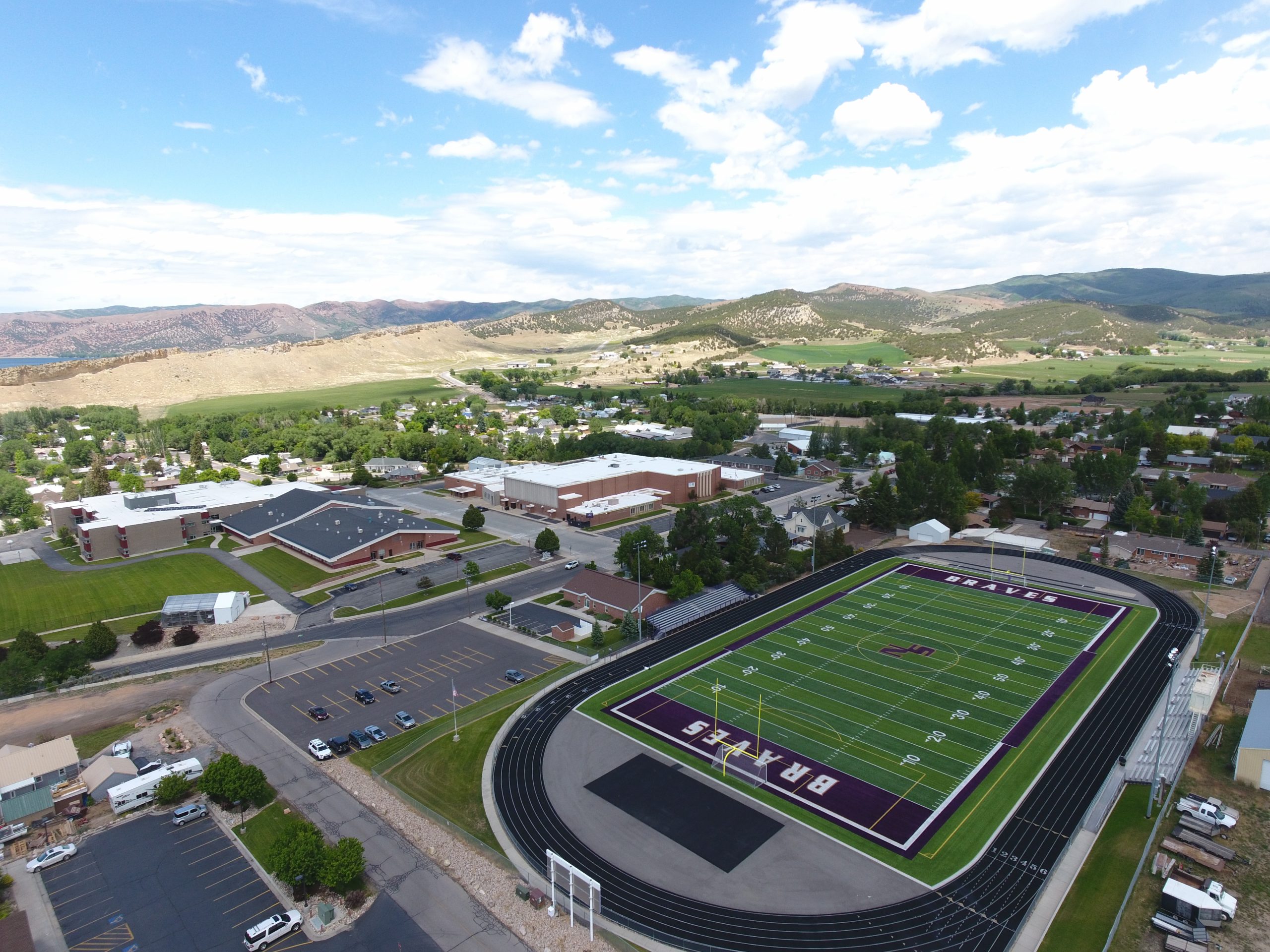 If a district collects more from the basic levy than is needed to cover the WPU (Park City School District for example) the excess amount is recaptured to the Uniform School Fund. One of the benefits claimed by the developer is that they will be adding tax revenue but very few additional students.  This is partially true but as explained above if the Basic Levy exceeds the amount needed to cover the WPU the excess must be paid to the Uniform School Fund.

Why is this a problem?

Because the burden on our resources of the additional density stays in the community and the excess tax revenue goes to other districts.  There is a high probability that this could have eventually happened if the 570 residences had been approved.  It’s important to keep this in mind and balance our growth to maximize the benefits and minimize the impacts of growth.