Innovative ideas and give-and-take were key at Monday’s Coalville City Council Meeting and Public Hearing. Here are the ups and downs…

One of the first agenda items was a discussion regarding the Escapod Commercial Project located at 60 South 50 West in Coalville.  There was an issue over the rotomill being used in the parking lot of the new office location of the business. 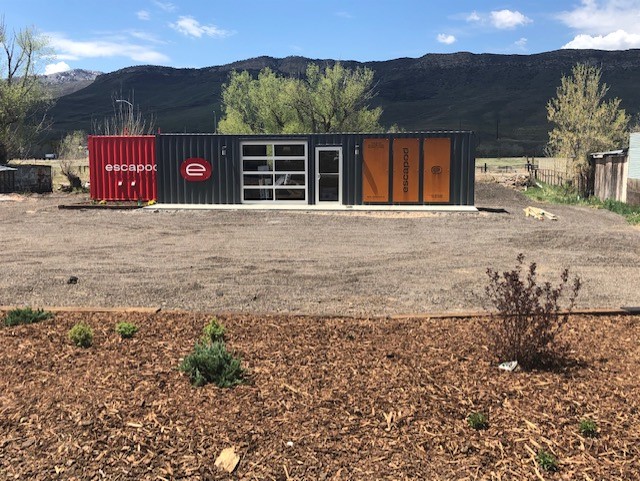 City staff said the parking area needed to be a solid surface like asphalt or concrete in order to meet code.  The representative for Escapod asked the council for some leniency in the matter saying the location is temporary while the company searches for a large enough plot of land in Coalville to build a permanent facility. He added that the company is growing quickly and is hiring locally and contributing to the local economy.  Council was advised that the code is in place for a reason and to make exceptions, even for what seems like a good reason, can cause issues.  After a long discussion, it seemed that all parties were at an impasse.  Council Member Rodney Robbins asked the Escapod representative if it was necessary to have such a large area labeled as parking lot.  If most of it was to be used to park the small trailers the company manufactured, he questioned why that portion of the property couldn’t be considered “yard”, which wouldn’t be regulated by the code in question.  Only the area used by employee and customer vehicles needed to be considered parking and brought up to city standards.  This solution seemed to be agreeable to both parties and meet the intent of the code.

Down To The Details

The other major agenda item was a public hearing on the Wohali Development Agreement.  Before opening the meeting to the public, Council Member Cody Blonquist brought up a potential issue with the details of the agreement that had come to his mind since the prior work-session.  He was concerned the cost of pumping secondary water up to the ponds should be born entirely by the developer, not the city.  He pointed out that currently there are residents in the city limits that have their secondary water provided by outside ditch companies, so it shouldn’t be the city’s responsibility to shoulder the cost of the pumping secondary water to residents in the Wohali development.  After some discussion it was decided that the agreement should be changed to reflect this point.  The meeting was opened to the public, who were allowed to attend in person for the first time in over a year.  Most of the public in attendance took the opportunity to speak and give their input about other details in the development agreement and the included secondary water proposal.  Many good points were made by the public.  The council and mayor seemed open to considering the public’s suggestions.  Staff was instructed to make some changes to the agreement and the public hearing was continued to the next council meeting so the public could comment on the updated version.

In the updates portion near the end of the meeting, staff mentioned they had been in discussions with a “large” (100+ homes) potential development inside city limits.  They stated they were looking into the capacities of our current sewer plant and the new water treatment facility to see what impacts this large development would have.